The Presbytery of St. Augustine met on February 3, 2018 at South Jacksonville Presbyterian Church.  Over 130 persons attended, including members, commissioners, and guests.  The Lord graced us with nice weather and warm fellowship. 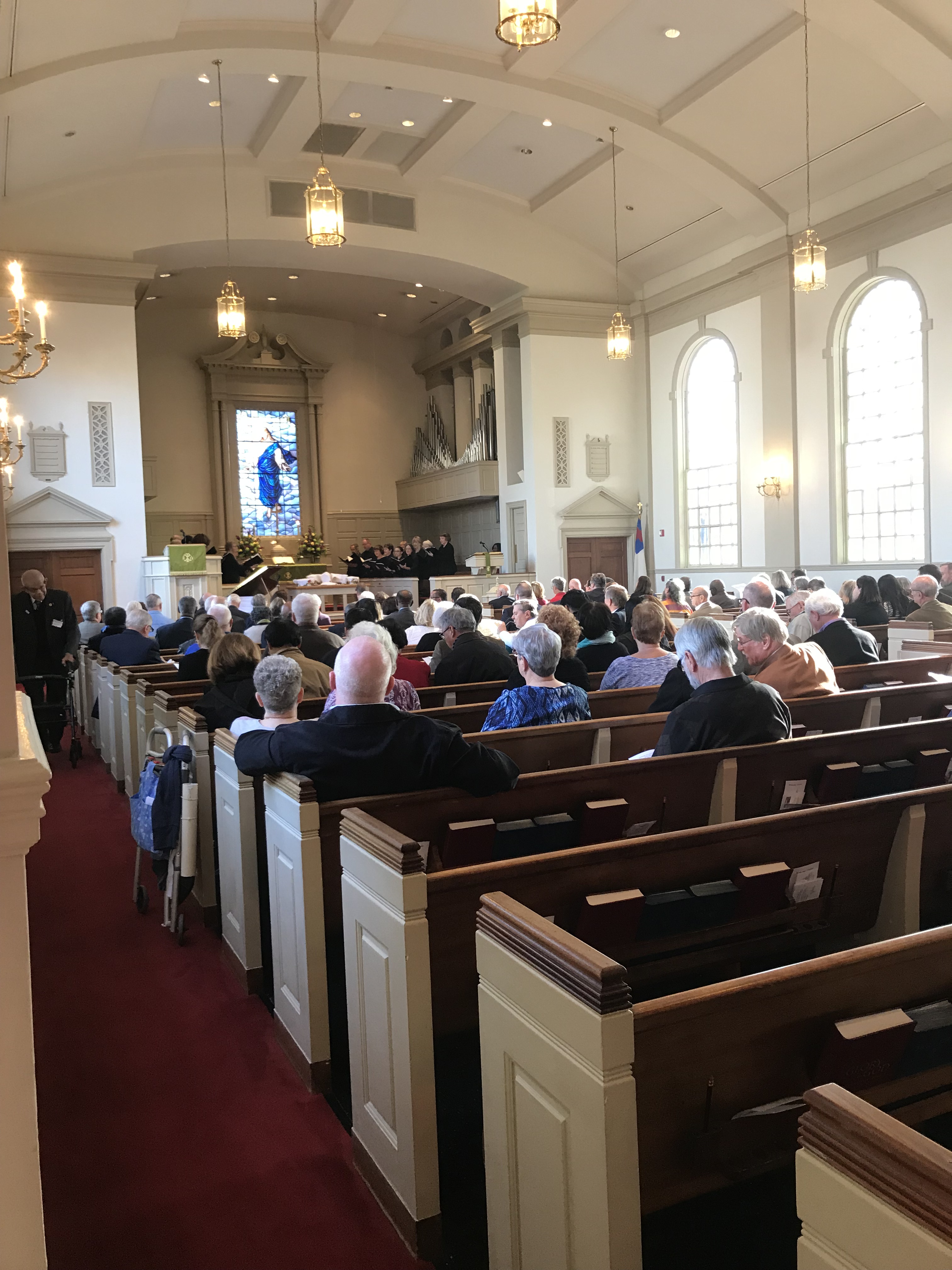 Morning Worship
Our morning preacher was the Rev. Joyce Lieberman, the Executive and Stated Clerk of the Synod of South Atlantic. With her sermon text of Matthew 28.1-10, she urged us not to live our lives in fear. Rev. Lieberman lifted up the example of the women at the empty tomb who “took their fear and ran with it,” proclaiming with joy, “He is risen!” If we truly believe that Jesus Christ is risen and remember our baptism, we can be “people of courage, standing strong and bold in our faith.”

Following her message of courage and hope, we celebrated the Lord’s Supper, with Bruce Hedgepeth and Sandra Hedrick serving at the table. Our liturgist was Mary Mickel, and Larry and Lexi Green read the names of the ruling elders and teaching elders who died and entered their new life with the Lord in 2017. The Heritage Singers of Jacksonville and Michael Dell led the music. The offering taken for the Jamaica Ecumenical Mutual Mission was $834.30.

Installation of Mary Mickel as Moderator 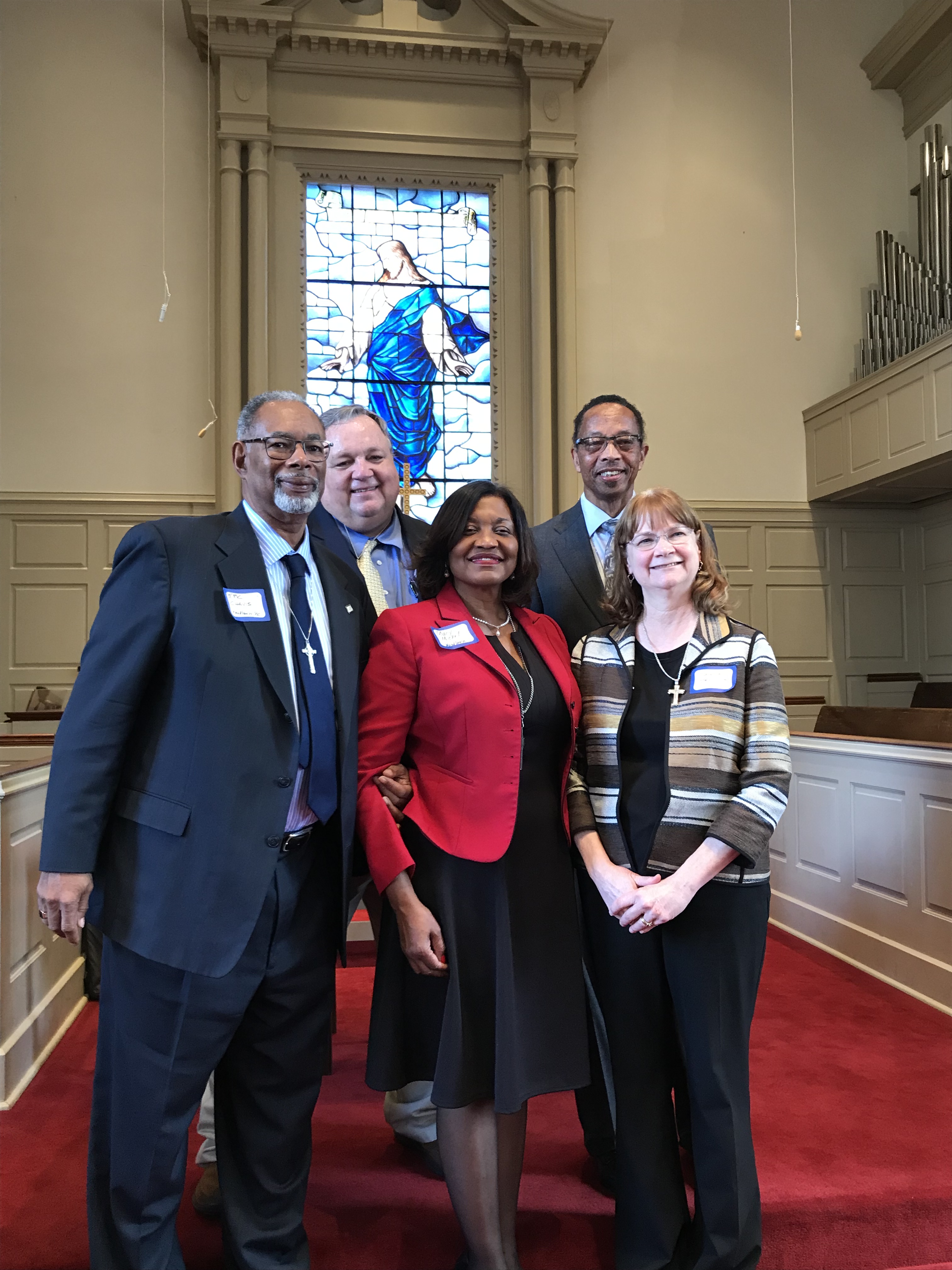 One of the notable highlights of the meeting was the installation of Ruling Elder Mary Mickel (Woodlawn) as our new Presbytery Moderator. She is the first African-American female to serve as moderator.

Retirement Celebration for Larry Neal
We celebrated the retirement of Pastor Larry Neal, who served as the Pastor of First Presbyterian Church of Perry beginning in 1986. “You are looking at one grateful Presbyterian. I have been blessed to be a member of this presbytery for 31 years and I thank God for that,” said Neal.

Elections
Diane Wilson (Interim Pastor – St. Giles) was named Moderator-Elect of the Presbytery of St. Augustine; Charles Atkins was re-appointed as Treasurer; and several others were elected to serve in a variety of roles on commissions, committees and the teams.

Other Presbytery & Montgomery Business
The 2018 Operating Budget was approved until May 1, when the Coordinating Council will recommend an amended budget that will address any changes in expected revenues and expenses.

In his report, Montgomery Presbyterian Conference Center Executive Director Terry Patterson announced the hiring of a new maintenance supervisor as well as the donation of a truck by a presbytery member. He also reported that to date, Montgomery’s capital campaign has received pledges in the amount of $253,000.

The presbytery approved a task force recommendation to postpone consideration of a proposal made in October 2017 to pay off the debt of the Montgomery Presbyterian Conference Center. The presbytery did not approve a resolution to extend MPCC’s fund raising for two more years or a resolution to rescind the decision to establish the task force.

The presbytery approved the establishment of an administrative commission to work with the St. Johns Presbyterian Church with regard to its request to separate from the Presbyterian Church (U.S.A.) and become a part of another Reformed body (denomination). 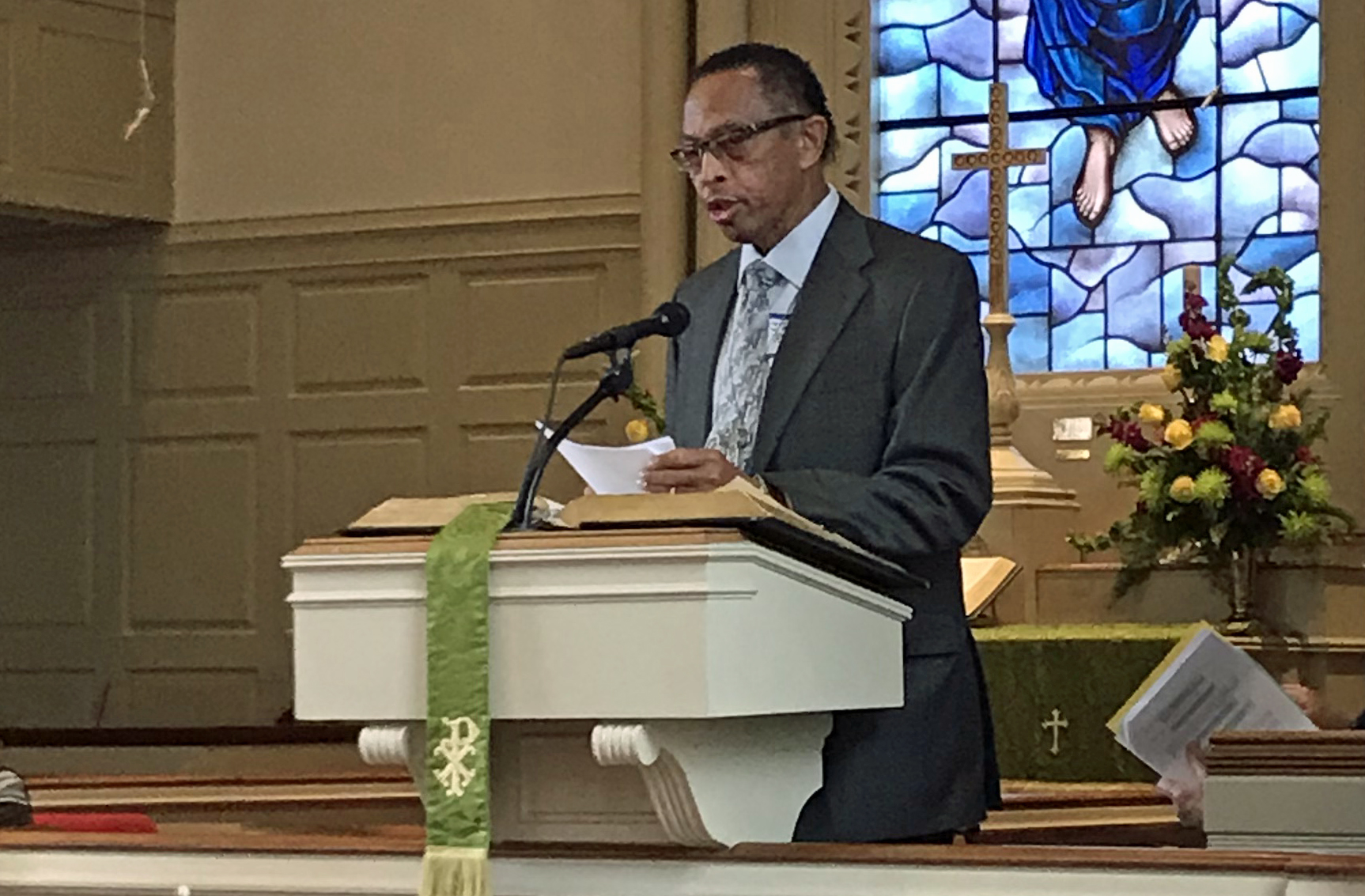 Mutual Mission
Mutual Mission co-chairs Diane Watson and Bob Bell (pictured below) reported that the team’s recent trip to Jamaica was a success. The medical team saw 456 patients over five days at the Parish of St. Elizabeth at the Litiz Moravian Church and the Braes River Methodist Church. The dental team performed 149 cleanings, 268 examinations, 737 extractions, and built over 120 full and partial dentures. Watson and Bell also urged those present to spread the word about the Youth Exchange which is scheduled for July 13-23. To read more about the Youth 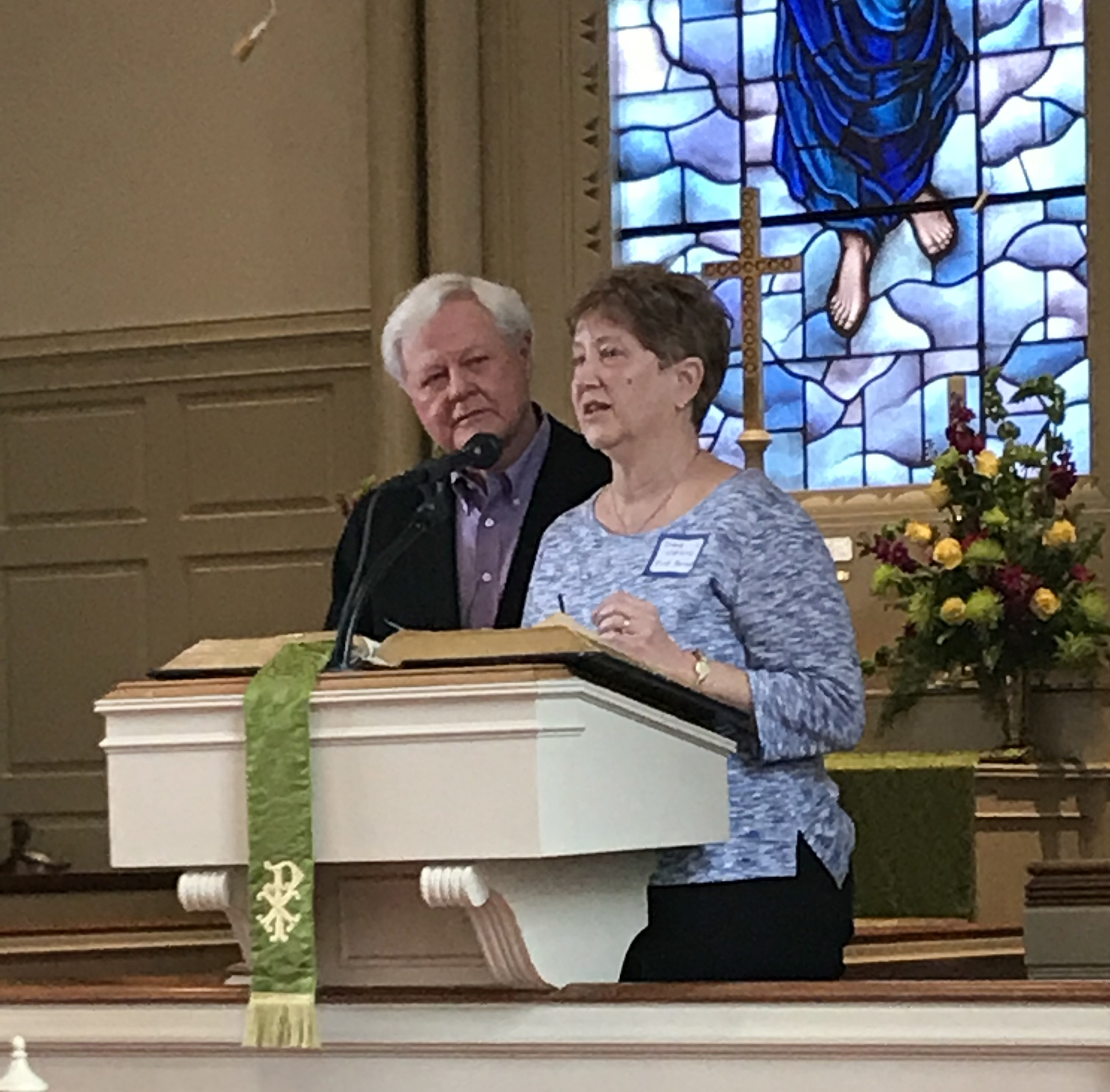 Thanks To South Jacksonville & Ralph Moulder
We appreciated the great hospitality of our host, which included a delicious lunch based on a Mardi Gras theme. Moderator Welch gave special thanks to Ralph Moulder for his service as chair of the Coordinating Council before our new Moderator, Elder Mickel, announced that the 2018 Spring Stated Meeting of the Presbytery of St. Augustine will be held at Montgomery Presbyterian Conference Center on May 1, 2018, at 9:00 a.m.