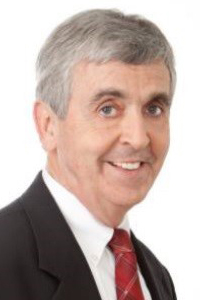 Interesting Fact: Recipient of the Lifetime Achievement Award from Challenge Enterprises of North Florida in 2014, where he has served on its board of directors for the past 27 years.

Bio
A lifelong Presbyterian, Ed has been a member of First Presbyterian Church of Green Cove Springs since 2009. He has served on the session and has been clerk of session there since 2015. Beginning this past fall, he became the assistant stated clerk, a voluntary position, for the presbytery.

He was a member of Orange Park Presbyterian Church from 1974 to 2009 and served nine terms as clerk of session in addition to six terms on the session. Ordained as an elder in 1977, he also chaired numerous session committees at Orange Park and was an Adult Sunday School teacher from 1997 to 2002.

Ed’s service to the presbytery extends further to the Synod of the South Atlantic for which he served one partial two year term as vice moderator (2008-2009) and one full six-year term as moderator of the Synod Permanent Judicial Commission.

Ed is a shareholder with Roger Towers in Jacksonville, FL. His practice includes a number of areas of banking law, including commercial lending (mortgage lending and asset based lending), Uniform Commercial Code issues (including secured transactions), letters of credit and general banking operational issues.